Fire in the Bush by Kerry Hirth
We often look to the music we love in order to handle complex losses.  This includes enduring losses, the things we can never restore and the people we can never get back.  Historically, the formal musical response to grief has been the Requiem.  A traditional Requiem is part of the liturgy of the Catechism and is ordinarily written in Latin, but not all Requiems follow this standard. One significant exception was written by the composer Johannes Brahms in 1868.
Brahms’s Requiem, which he titled A German Requiem, set non-liturgical passages from the Bible in German in an expansive, five-movement work for a large orchestra and chorus.  Although the speculation is that Brahms wrote his Requiem to honor the loss of his mother and his friend Robert Schumann, that intention is not entirely clear and the scale and selection of text for the work give it a scope beyond individual loss and place it in the realm of human loss.  In fact, Brahms’ himself said at the time that he had actually thought to call it A human Requiem instead, notably including the change in capitalization of the word human.
My paintings track the harmonies of the first movement of Brahms’ unique Requiem, preserving its structure measure by measure, with harmonic changes mapped by color. They also carry with them the weight of a powerful, perhaps different, loss.  We are now in the middle an extinction event due to climate change, carrying multitudes of extraordinary creatures and vast areas of land and ocean into steady and permanent decline.  We are bound together with them, collectively responsible for their fate.  The immense scale of this event is hard to witness with our ordinary human capabilities.  We see much of this devastation through scientific measurements, in particular, through exquisitely colored satellite images of the Earth. My paintings overlay the colors of these satellite images with the harmonies of the Requiem.  They are intended to be a full and true human Requiem, one that I find Brahms’s own work has anticipated.
I have named this collection of work A human Requiem in honor of the lost title of Brahms’ Requiem. The first movement of the Requiem is a setting of two well-known texts.

​Blessed are they that mourn, for they shall be comforted.
They that sow in tears shall reap in joy.
He that goes forth and weeps, bearing precious seed, shall doubtless come again with rejoicing, bringing his sheaves with him.
​

For a fun twist and especially if you are hesitant to come see the show in person. Scan this QR code to see the Kerry's portfolio associated with the show. 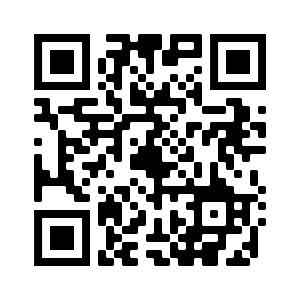